Treatment of Cervical Cancer By Stage 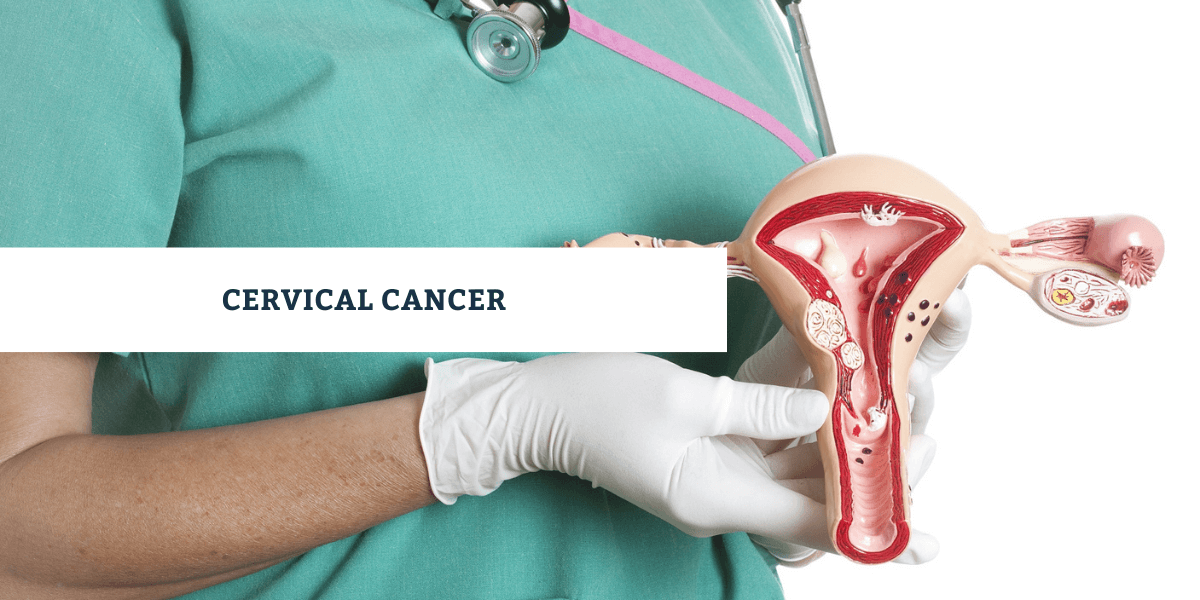 Considered to be the second most found type of cancer in women worldwide, and more than half a million new cases diagnosed, this deadly disease is found predominantly in some of the poor regions of the world and over 80% of the cervical cancer cases are detected in developing countries like Latin America, the Indian subcontinent and sub-Saharan Africa, and similar regions. Cervical cancer treatment in India is the reason why medical tourism has grown tremendously in the last couple of years in our country. Playing a vital role in the causes of early loss of lives in relatively young-aged women, several milestones have been set in advancement in cancer treatment in India. Through surgery and chemoradiotherapy, almost 95% of the cases of the early-stage disease (stages I and II) and 60% of the III disease can be treated successfully.

The main reason behind cervical cancer is an infection that is accompanied by human papillomavirus. It has visible implications for primary prevention (vaccination) and secondary prevention (screening) of this disease.

What are The Symptoms of Cervical Cancer and How It Spreads?

The place of origin of cervical cancer is usually in the transformation zone of the cervix, and it spreads across the regional lymph nodes and parametrial invasion is also a commonly observed symptom in the patient. The clinical diagnosis mostly depends upon the location of cervical cancer and the severity of the disease. The precancerous changes occurring in the patient or the early stage of cervical cancer are asymptomatic and are usually detected on a cervical smear. As per the best oncologists in India, the symptoms of cervical cancer appear when sudden or contact bleeding and sometimes pain as well, if lymph nodes are involved. Certain other symptoms of cervical include foul discharge from the vagina or backache or serosanguineous that means contains or relates to both blood and the liquid part of blood (serum). For example, fluid leaving a wound that is serosanguineous is yellowish with small amounts of blood.

How Can Cervical Cancer Be Diagnosed?

In case a lesion is spotted with the naked eye, conization is contraindicated, then a cervical biopsy is enough to provide the full diagnosis. Conisation is considered as a possibility when invasion cannot be contradicted by a colposcopically directed biopsy, or when colposcopy is not properly conducted during the cervical cancer treatment in India and the final diagnosis of a smear test shows a high-grade lesion.

The staging system developed by the International Federation of Gynecology and Obstetrics, also known as FIGO, is the most effective and commonly used system in deducing cervical cancer treatment type. Such tests conducted by the top cancer hospitals in India consider the results obtained by physical examinations, histopathology, colposcopy, radiography, and endoscopy. The suspected invasions of the bladder or the rectum will be finalized by the biopsy.

Managing The Stages of Cervical Cancer Treatment in India:

Patients on stage IA1 of cervical cancer should be diagnosed on the basis of conization by employing a technique that doesn’t invoke cauterized margins and might result in uncertain surgical margins. In case the patients’ lymphovascular spaces aren’t involved, they are at 1% risk of the lymph node spread. And the good news is, these women can be treated by using a simple hysterectomy technique or conization they want to keep their fertility intact. The role of involvement of the lymphovascular space in stage IA1 disease is not very specific but even the best oncologists in India recommend radical surgery or radiation if it is detected.

While treating the early stage of cancer, a Radical hysterectomy is one of the topmost choices for young and healthy patients because it keeps the ovarian function intact. Radiotherapy is also favored to be amazingly effective for patients who are suffering from the early-stage disease.

Is it possible to maintain fertility after-surgery for cervical cancer?

Radical trachelectomy is the kind of surgical treatment that involves the removal of the cervix along with parametrial tissue after pelvic lymphadenectomy. It is a preservative treatment technique that is developed to help young women to retain fertility suffering from early-stage cervical cancer. It has been observed that around 50% of women with cervical carcinoma are below the age of 40 and eligible for this treatment.

The success rate of such treatment is comparable to radical hysterectomy, and women who try to conceive after undergoing it holds more than 50% chance of getting pregnant. Radical trachelectomy is being widely acclaimed and is recognized as an acceptable alternative for patients diagnosed with early-stage cervical cancer who want to preserve their fertility.

Patients who are suffering from stage IB2 disease are not very suitable recipients for primary radical surgery because most of them have the ultimate need of adjuvant radiotherapy and chemoradiotherapy can be the treatment of choice for them. An RCT or Randomized Controlled Trial indicates that the addition of weekly cisplatin to pelvic radiotherapy before hysterectomy has lowered the risk of recurrence of cervical cancer and death rate in women with stage IB2 cervical cancer in comparison to radiotherapy and hysterectomy alone. While you’re looking for a suitable treatment center for yourself, VanyaHealth as a top medical tourism company in India takes your cancer stage into account before putting you in touch with an appropriate hospital.

There are at least three RCTs that have shown that improvements in progression-free survival and overall survival are higher for patients undergoing chemoradiotherapy than for those treated with radiation alone for locally advanced stages of IIB-IVA disease. Chemoradiotherapy that is platinum-based has become the basic standard of treatment for these patients. The importance of neoadjuvant chemotherapy along with radical surgery is currently being studied by the European Organization for Research and Treatment of Cancer.

For the patients suffering from stage IVB disease, the treatment is only palliative, so the quality of life that the patient is going to have and toxicity profiles influence the choice of cervical cancer treatment in India.

All these are preferred treatment plans. Due to the advanced techniques that India has to offer for cervical treatment, it is quite convenient for the patients to choose the top hospitals available here with the help of Vanya Health. With state-of-the-art technologies, a friendly atmosphere for recovery, and budgeted treatments, it has become a feasible choice for them.

Contact us at the Consulting WP office nearest to you or submit a query online.