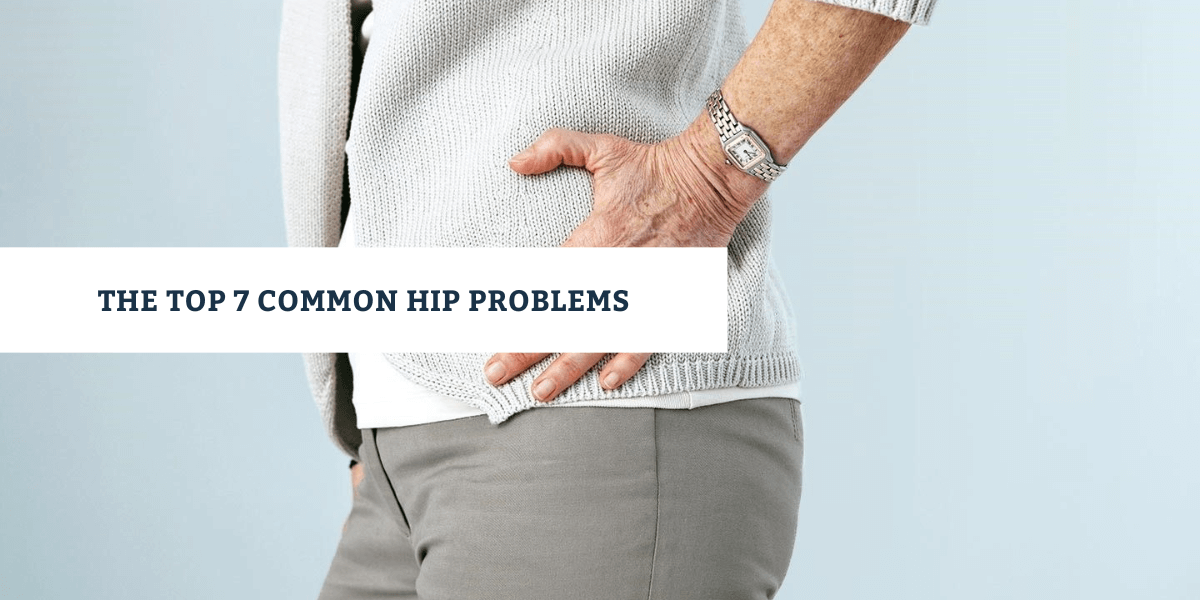 The hip is one of the most important joints in a person’s body that allows him in his daily mobility such as running, walking, jumping, etc. and staying active. But this also makes the joint one of the most overused and hence, vulnerable parts in a human’s body. This is why hip injury is a very common complaint in people of almost all ages. Though hip issues trigger with age, however, sometimes teens and young adults too consult orthopaedics in India for the same. Indulging oneself in extreme sports activities or falling off of elders due to the age factor are some of the reasons that can run a high risk of hip injuries in people.

Below mentioned are seven common hip problems that urge orthopaedic treatment in India:

Bursitis is a medical condition that affects the bursae which is a small fluid-filled sac near the joints. Inflammation of these bursae in the hip area is a common problem as this is one joint that performs maximum repetitive motion in the human body. This problem is commonly seen in people as they age forward.

Hip tendonitis is an irritation of the thick fibrous cords that are attached from the muscle to the bone of the hip. This inflamed tendon often causes unbearable pain, swelling and tenderness near the hip joint. The iliopsoas is a muscle that helps one’s hip flex. This muscle is attached to the upper thigh by a tendon. Over usage of this muscle results in an inflammation of the tendon which further results in hip tendonitis.

The labrum is basically the ring of cartilage that follows the outer rim of the hip joint socket. This labrum provides cushioning to the hip joint and acts like a rubber seal which helps in holding the ball at the top of the thigh bone within the hip socket. Players who are actively involved in sports like hockey, football, golf, etc. are at a higher risk of getting their hip labral tear. The injury to the hip labrum is one of the common reasons that force people to take orthopaedic treatment in India.

Hip impingement is one of the main factors that result in medical value travel in India. This is a condition where the ball and socket of the hip joint deteriorate in such a way that they no longer fit together in the way they should. This restricts the movement of a person which further damages the cartilage and causes extreme pain and inflammation to the person. The severity of the condition sometimes demands hip replacement surgery.

Hip Arthritis is one of the most common forms of arthritis which results in a lot of people seeking appointments in order to consult orthopaedics in India. It is a type of hip problem in which the protective cartilage that provides cushioning to the ends of the bones wears out. There are different types of hip arthritis such as –

The major case involved in the overall hip treatment in India is that of a hip fracture which is often diagnosed based on the abnormal posture of the hip and leg. A health care provider can confirm this through an X-ray or an MRI in case of disguised fractures and help locate where exactly the fracture is. The most common two locations of a hip fracture are

Sports Hernia which is also known as Athletic Pubalgia or Gilmore’s Groin is an injury in the tendons situated in the lower abdomen or groin. It causes chronic pain and even nerve irritation from that pain in a person’s body which results in the sensitivity of the affected area. This is a type of hip problem that calls for medical value travel in India. It often happens when athletes or people who play sports make sudden changes of directions or extreme twisting movements. However, it should be noted that Athletic Pubalgia is not limited to just sportsmen and athletes.

Rather than living in denial, the acceptance of the fact that one is suffering from a hip problem and thus, seeking hip treatment in India is the best course of action a person can take. Considering this, Vanya Health is working towards leaving no stone unturned and creating a dependable network of healthcare providers with the help of a collaboration formed between doctors from across the globe.

This not only promotes a better exchange of proficiency but also makes sure that the illness is treated right in time because if left untreated, injuries such as hip conditions can lead to extreme pain which can even cause permanent damage and complete loss of the hip function.